Hello. In this post, we will be talking about the GST E-Way Bill in detail. We have discussed the following topics:

What is E-way bill?

E-Way bill is an electronic document for the movement of goods from a supplier to the recipient. This document is generated at the e-way bill common portal.

This document will be provided on the transport of goods which has a value more than Rs. 50000/-. It is mandatory that a registered dealer has to transport the goods with an e-way bill.

A unique E-Way bill number (EBN) is assigned during the generation of an E-way bill. This EBN will be available to the supplier, the recipient, and the transporter. The person in charge of transporting the goods has to carry a document during transportation. 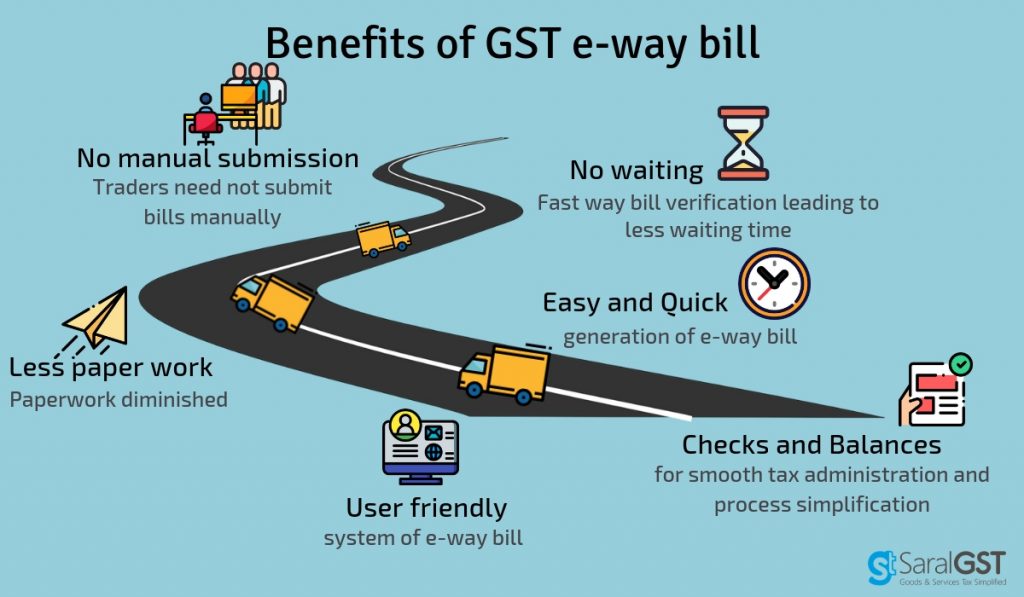 Details to be provided in E-way bill

The FORM GST EWB-01 contains all the details of the e-way bill.  It contains two parts:

Acceptance of the E-way bill by the recipient

Once the supplier generates the e-way bill with all the details on the common portal, then it will be available to the recipient. The recipient will then communicate his acceptance or rejection of the goods under that e-way bill. Also, this is available only to those recipients who have a registration on the portal.

If the recipient does not communicate the acceptance or otherwise within 72 hours of EWB generation, it is considered to be accepted by the recipient.

An E-Way bill is valid for periods as listed below, which is based on the distance traveled by the goods.

However, Commissioner may extend the validity period only by way of issuance of a notification for certain categories of goods which shall be specified later.

Also, if under circumstances of an exceptional nature, then the goods cannot be transported within the validity period of the EWB, the transporter may generate another EWB after updating the details in Part B of FORM GST EWB-01.

Goods can not move once the validity expires. 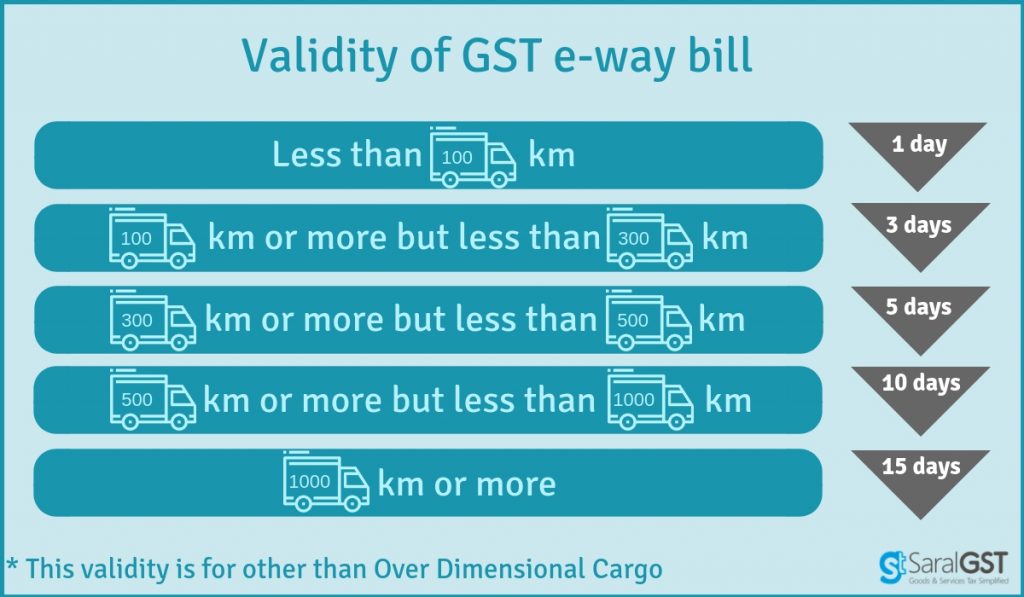 Documents to carry with goods in transit

Penalty for not generating E-way bill

RFID readers will be installed at places meant for verification. Physical verification also will be done by the authorized officers.

A summary of verification report of every inspection of goods in transit has to be submitted within 24 hours of such verification in FORM GST EWB-03 (PART A).

Final report of such verification should be submitted within 3 days of the inspection in FORM GST EWB-03 (PART B).

Once physical verification is done, then no further verification in the state shall be done provided any specific information on transit is reported.

Delay due to inspection

The facility is provided for uploading information regarding detention of vehicle i.e., where a vehicle has been stopped and taken into custody for a period exceeding thirty minutes. The transporter may upload the information in FORM GST EWB-04 on the E-Way Bill common portal.